Lerdge.com is saying Klipper works on their boards now?

Fill out above information and in all cases attach your klippy.log file. Pasting your printer.cfg is not needed

Describe your issue: I’m trying to get OctoKlipperPi to work on the above described printer. I’m using a Raspberry Pi 3B+ to serve the board. Since there’s no config file listed, I’m dead in the water. I asked LERDGE.COM via Instagram to comment; they said KLIPPER WORKS ON THEIR BOARDS NOW???

That seems to a bit tricky:

Here is an attempt to run Marlin on it: 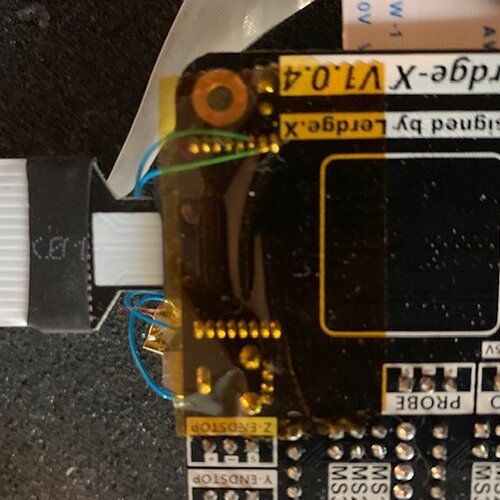 The Lerdge (s, x, k) boards seem to be fairly decent hardware, but the firmware is closed and encrypted. At least, it was. This project is to document the steps along the way to break the encryption on the firmware, figure out the hardware map, and...

AFAIK there is no progress. Marlin has “hacked” the firmware encryption and thus can run on the Lerdge boards.
So far no attempt has been made to port this to Klipper. Consequently there are two solutions:

I had a talk with the person posting on Instagram. They thought providing the STL files for their little iV printer constituted OPEN SOURCE. I told them it didn’t.

I think a common 32 bit board would have quite less effort to get Klipper on it.

Either I’ve lost my mind, or, I just found the Klipper info on the m.letdge.com website.

Lerdge Company has been committed to the research and development and production of 3D printer core products, it has also developed X-series and K-series full-scale ARM corte-M4 cores. The color touch screen controls the 3D printing motherboard. The...

Never tried. Seems they have released a tool to encrypt the firmware.

Yes, I think so. Only via pc, though. I’m going to follow their instructions to the letter, and see how it goes. I’ll post results on my YouTube site: Corlissmedia2.0