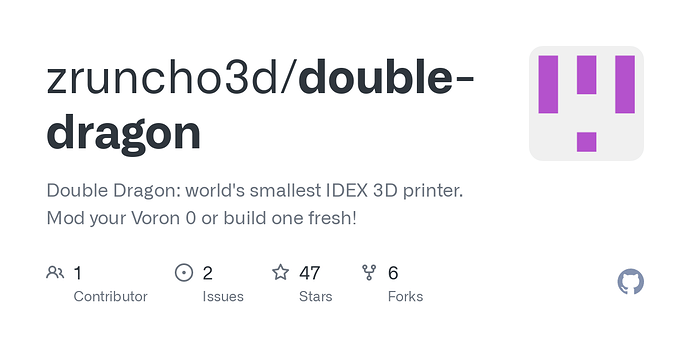 Now, I’m looking at trying something fundamentally different to get two carriages, though: two parallel CoreXY gantries. But the [dual_carriage] option seems IDEX-specific, vs Dual CoreXY.

Does anyone have any pointers to something the exists in this direction w/Klipper? If not… any sense for the amount of work this would require?

There’s some related stuff, but I couldn’t find anything.
[Feature] CoreXYU, CoreXYUV, CoreXYUVAB , and Beyond Kinematics · Issue #3130 · Klipper3d/klipper · GitHub (related, but couldn’t find any hints)
https://www.reddit.com/r/klippers/comments/hxskrj/corexyuv/ (out of date)
[Question] Core XYU possible? · Issue #1401 · Klipper3d/klipper · GitHub CoreXYU?
Something more than “see docs/Code_Overview.md” is what I’m hoping for.

It seems like Duet2+Duex5 already support this setup, but I’d rather stick with Klipper if possible, for CAN toolhead support and general affordability.

Replying to my own thread, since nobody replied originally: 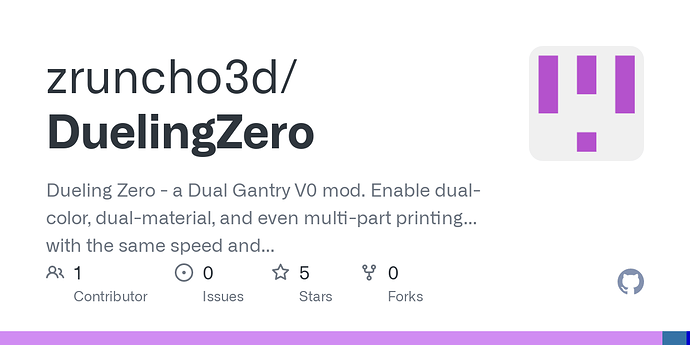 It prints, and with Tircown’s help I was able to get a proper Klipper implementation working.

Looks great, will join the discussion as I’m planning to implement the same kinematics to a VzBoT 330 style printer.

As long there is no other solution actually for IDEX on CoreXY, it is a good alternative. Especially because you have more usable space on the X axis…

What do you mean “no other solution”? IDEX via hybrid-corexy has worked fine on Klipper, out of the box, for a long time. 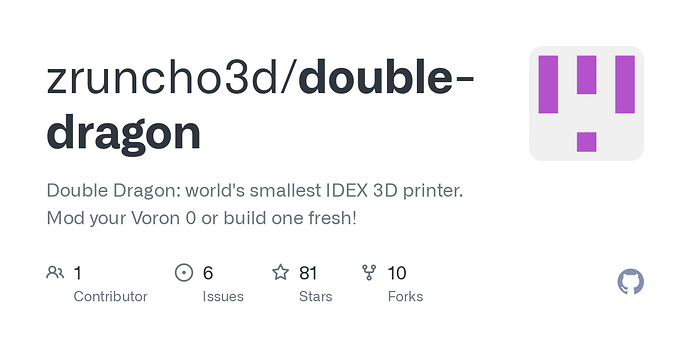